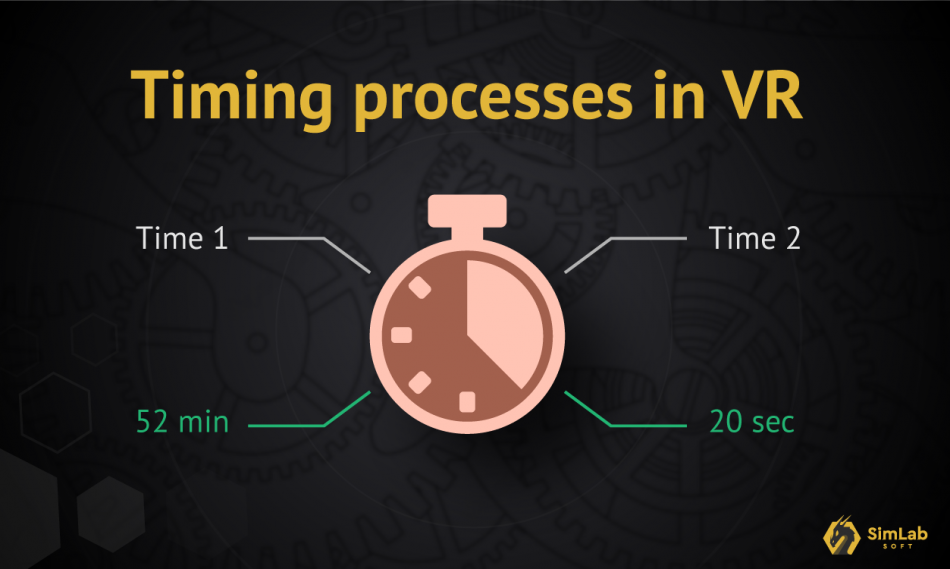 The process of timing processes/tasks in VR consists of the following parts:
1- Create two timing variables, one to record the starting time of the process, and the other one to record the ending time in the process
2- Create one number variable to calculate the difference between the two timers in seconds (with resolution up to milliseconds)

The output number can be viewed using the variable writer (you can learn about variable writer in the post introduction to VR variables ) , or used to judge success of the process, for example if the process of taking off fire needs more than 30 seconds, the attempt is considered a failure, improvements should be made.

The following training builder diagram shows recording end time for 3 tasks, and recording times for each task and the total time for the VR experience.