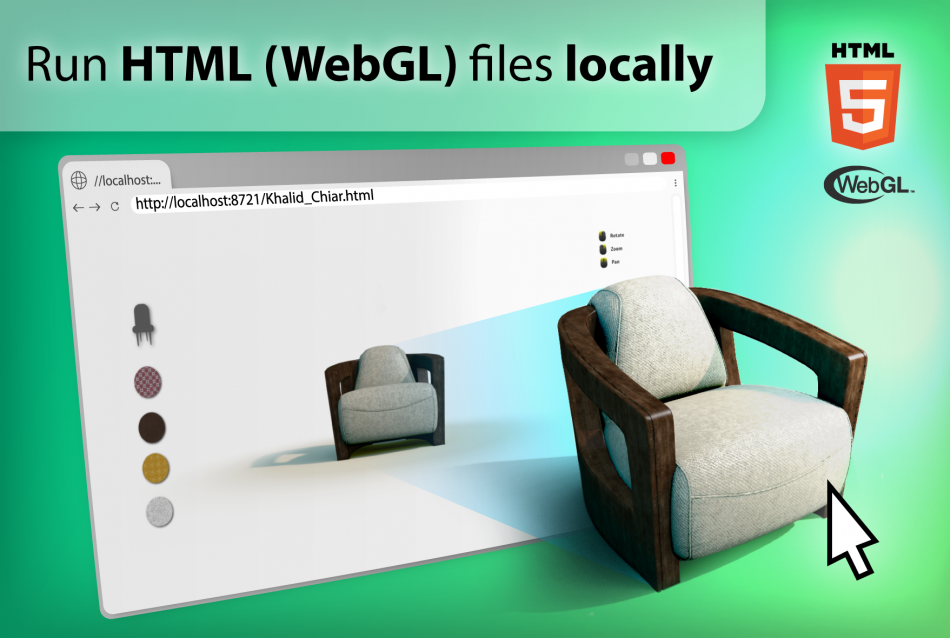 Why do we need to run WebGL files locally? Who is preventing us?

We use WebGL to share 3D models with others, and to post those models on a website. For some time Chrome, Safari, and Edge web browsers prevented local access of WebGL. To run WebGL files the user needed to either upload a model to a web-server (from web-server WebGL works fine on all browsers), or use FireFox which allowed local access to WebGL models

With the new updates of FireFox, it followed the lead of other browsers and prevented local access to WebGL files, so the user needed to upload models to view and test them.

This process is very slow, some users did not have access to an external web-server while creating the WebGL model so we needed a solution.

After installation, start the tool, drag your html file not working locally and drop it on the tool, the file will open and work well on your machine.

The following tutorial shows the process