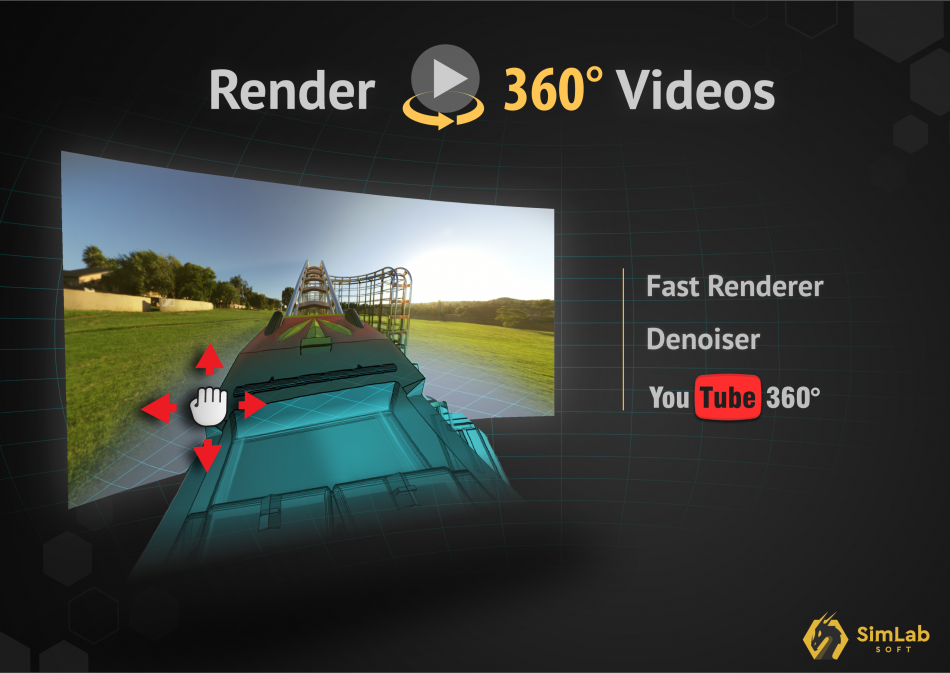 Introduction to 360 videos, what they are, why to use, and how to create them.

Did you see a 360 Image or Panorma image? The one you rotate using mouse or phone to view all sides, as you were inside the image?

360 Video is what you get if you create a video out of 360 images, you can view the video as any other one, but you will be missing the fun of moving your head and capture any side of the scene, you can view 360 video many times and focus on different things each time.

What are 360 Videos useful for?

360 Videos are real fun and joy to use, they also are the best option for some scenarios like:

1- Communicating VR like experience for user without a powerful machine, 360 video gives great balance, it gives VR like view from inside, without the calculations needed for complex 3D scenes.

2- They are easier to start with, unlike VR, the user does not need to learn how to interact with the scene, all what the user needs to know is how to spin view to get the full experience.

3- Improve 360 image experience, while 360 images are nice, with videos you can add animation to the space you are viewing instead of having a single view.

Now you have 360 images for the animation, next we need to create the video

Use the video maker to create the video, do not forget to click the option Make 360 video.

Note: Make sure you select appropriate image size for 360 images (usually Width to Height should be 2 to 1)