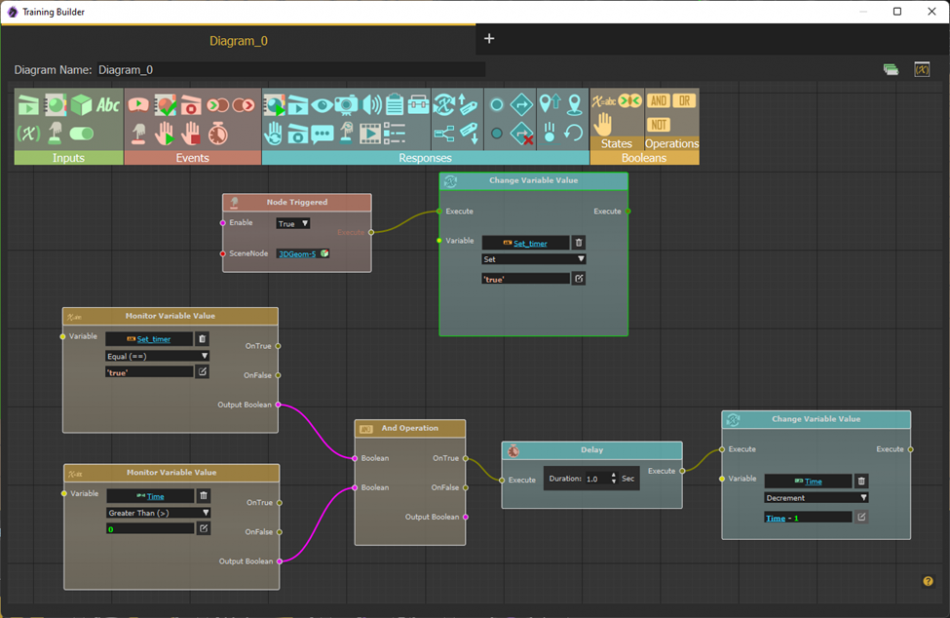 In this blog we are going to show how to create a simple count down timer. The timer will start when the user clicks the box in VR, and once the countdown is done an alarm sound will beep.

Time variable (Number), which is the count down time in seconds. For testing we’ll set this variable to 10s.

Set_timer variable (String), which is going to be used as a trigger for the timer. Set its initial value to ‘false’.

To do this we add two Monitor Variable Value Boolean operations, one with Set_timer variable, and check if its value is ‘true’. The other is for Time variable to make sure its value is still greater than zero.

Combine the two in an And Operation as shown below: